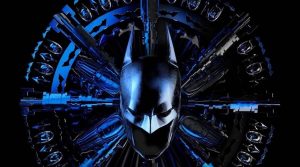 There’s a new kingpin at the forefront of the podcast landscape, and he’s wearing a cape.

The description for the podcast is as follows

“A serial killer known as The Harvester terrorizes Gotham City, but Batman doesn’t come to the rescue. In fact, Bruce Wayne has no memory whatsoever of being the Caped Crusader. Instead, Bruce is a forensic pathologist doing the autopsy on the last victim when he’s being attacked by the killer himself.”

New episodes are released exclusively on Spotify every Tuesday and each episode is released in nine different languages.